When your brand partners with The Music Lodge, you get your product in the hands of A- list celebrities and influencers throughout the duration of the event. The Music Lodge receives an average of  750 million to one billion annual media impressions which can enhance your brand's exposure beyond the Festival itself. 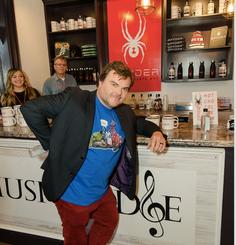 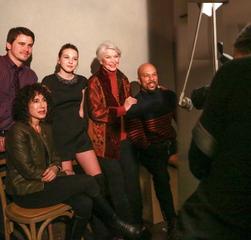 Grab a seat and stay a while because there are always surprise shows at the Music Lodge. Past pop up performances include Andra Day, R.City, John Legend, Sting, Members of the Foo Fighters, Doobie Brothers, The Doors, Train and more!  The Music Lodge originally started as a venue for actors at the festival, who were also musicians ... who wanted to hang out and jam with the house band or step to the stage to gift us a song or two. Jeff Daniels, Elijah Wood, Jill Hennessy and Maggie Gyllenhaal are among the actors who have given impromptu performances.

The Music lodge is a cast and celebrity media hub for media interviews with multiple news groups making the venue their home base during the festival.  The Music Lodge has hosted the Associated Press Festival Headquarters for 10 years and MTV News for the last few as well. The venue's various media interview areas and studios draw a parade of stars and directors to the lodge. Between photo shoots and live interviews on site at the lodge, the brand mentions and photo opps are endless. 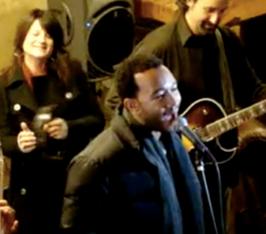